Greetings to you in the name of our Lord and Savior Jesus Christ!
Over the weekend, we celebrated history's most revolutionary and unprecedented event that sets Christianity apart from every other religion - the death and resurrection of Jesus Christ.

Throughout His earthly ministry, Jesus had claimed to be the Son of God, (a reason the religious leaders sought to put Him to death (John 8:31-59) and His resurrection was not only the supreme validation of His deity; it also validated the Old Testament prophecies that foretold of Jesus’ suffering and resurrection (Acts 17:2–3) and authenticated His own claims that He would be raised on the third day (Mark 8:31; 9:31; 10:34).
Christ’s Resurrection was a miracle beyond man’s comprehension; it affirmed the omnipotence of God and the immortality of man.

From that first Easter morning till date, the tomb has remained empty.The bible records separate eye-witness accounts of Jesus appearing after his death; over a period of forty days. Much later, He appeared to John on the isle of Patmos and said: “I am the first and the last, and the Living one; and I was dead, and behold, I am alive for evermore” (Revelation 1:17-18).

Jesus was delivered over to death as a ransom for our sins and was raised to life for our justification (Romans 4:25). His resurrection gives Christians a living hope, proves the gospel to be true; shows His victory over death; and guarantees eternal life for every believer.
Aside from the prospects of an endless life without pain, suffering, or sorrow (Revelation 21:3,4). His resurrection confirms the life-giving resurrection power that is available to every seemingly dead area of our lives today.

With the on-going global pandemic, it is my prayer that the world experiences the Power of resurrection that would bring an end the deadly plague - COVID-19.

Is there any area of your life that needs to resurrect? If yes, there is good news! The price has been paid in full and because of Calvary, we all can look to the future with confidence. 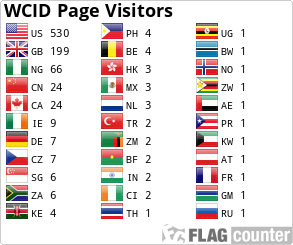